NOM: ‘This is it’ – A chance to donate more money to stave off the inevitable 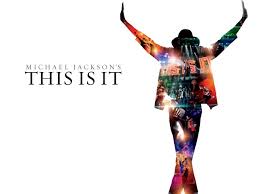 National Organization for Marriage is still seeking donations which they claim will be used to send people to their idiotic March for Marriage. I guess that the usual suspects like Sean Fieler are tapped put for now. According to an email titled “This is It:”

We have one week left before the March for Marriage on March 26th. One week to bring together thousands to stand proud and tall for the truth that it takes a man and a woman to make a marriage. One week to make sure that the Supreme Court and Justice Kennedy in particular understand the diversity of our coalition. One week to change history…

But I’ve got to be honest with you. We are struggling to make sure that everyone has a chance to make history…

Please click here right away to make a confidential, tax-deductible donation of $35, $50, $100, $500 or more to make the March for Marriage an unequivocal success!

These people don’t get it. Even NOM’s donors cannot possibly be that stupid. This whole march has nothing to do with marriage equality. The Supreme Court is going to do what it is going to do regardless of how many people show up and our people will be there too. It’s just noise. Nope. This is about NOM trying to demonstrate that they can organize a demonstration (with considerable help from the hierarchy of the US Conference of Catholic Bishops). Ultimately this has been working its way down through the chain of command to the parish priests. Those priests are accountable for a body count.

The following day NOM will post photos and claim that twice as many people showed up as really did. It’s a foregone conclusion. And, at the end of the day, it will be as irrelevant as NOM is.

David Boies has said that we could get a 7-2 decision. Who knows? Only a third of our citizens are now opposed to marriage equality. A few more Rob Portmans and that could be down to 25% or less. The tide has turned and I suspect that Justice Roberts wants to be on the right side of history.

I have been watching Illinois. It is very disappointing. Nevertheless, we keep plugging away. HRC, for example, had canvassers working the crowds at St. Patrick’s Day celebrations. As frustrating as it is, I know, to a reasonable certainty, that Illinois is destined to be an equal marriage state.  I am very confident. Indeed, we are at that point when a politician who votes against equality is at risk to be replaced by someone who will be an advocate. Meanwhile;