“A vote on the
Senate floor — the toughest and final challenge to securing the
freedom to marry — is scheduled for Tuesday
afternoon. We only have five days left to win marriage
equality in Delaware.” 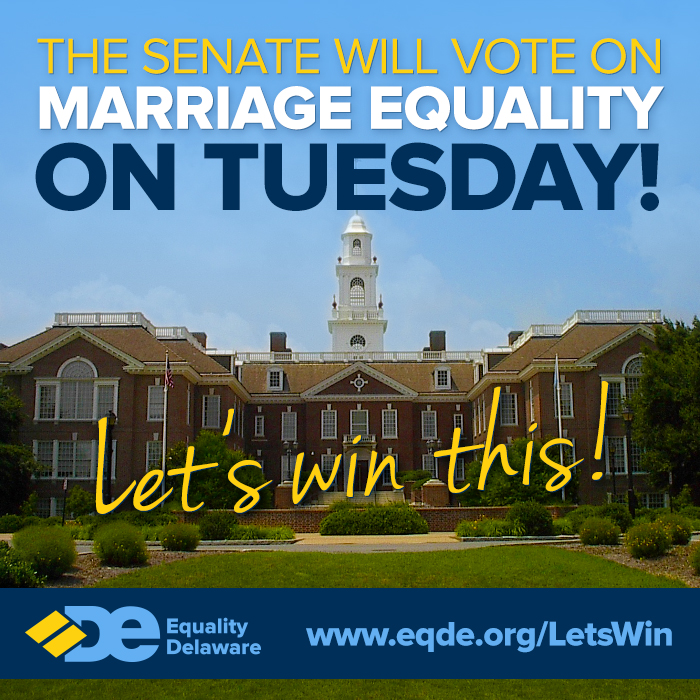 “Since last
night’s win in the Executive Committee, we’ve counted the votes on the
Senate floor over and over again. And I won’t sugarcoat it: it’s going
to be extremely close on Tuesday. What we do in the next five days
will determine if thousands of Delaware families will be afforded the
protections and respect we all deserve — that’s all there is to
it.”

Equality Delaware is seeking modest donations of $12 which will be matched, dollar for dollar, by the Human Rights Campaign.