Cashing in on the 15th anniversary of Matthew Shepard’s murder

Did Jerome Corsi author fiction under a pseudonym? 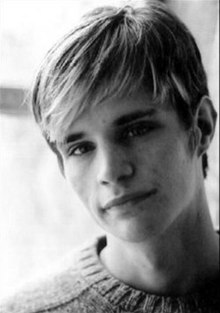 On October 6, 1998, Matthew Shepard, a 21 year-old college student was kidnapped, tortured and left tied to a fence in Laramie, Wyoming in sub-freezing weather.  Sheppard died on October 12, 1998. It was reported that Shepard was beaten so brutally that his face was
completely covered in blood, except where it had been partially washed
clean by his tears.

Matthew Shepard was murdered by Aaron McKinney and Russell Henderson. The matter was settled. Henderson pleaded guilty to kidnapping and murdering Shepard with robbery as the underlying motive. McKinney was tried and convicted of kidnapping and murder. At trial, McKinney’s defense first claimed “gay panic” temporary insanity and at a later point claimed that robbery was the motive.

Someone wants to cash in and the usual right wing whack jobs are delighted. At Alan Keyes’ Renew America we see this:

I cannot find a reliable bio of this Jimenez guy. For all we know, this book was actually authored by Jerome Corsi and Jimenez doesn’t even exist. Hey, my theory makes much more sense and is much more probable than the bullshit being peddled by Breitbart and WND.