A step towards marriage equality in Florida – Stemberger worried

Following court victories in Utah and Oklahoma six couples and Equality Florida Institute are filing a lawsuit
in Florida state court in Miami seeking the freedom to marry.

The couples are from South Florida. Four of the couples are raising
children, and another couple has an adult child and two grandchildren.
The couples are: Catherina Pareto and Karla Arguello; Dr. Juan Carlos
Rodriguez and David Price; Vanessa and Melanie Alenier; Todd and Jeff
Delmay; Summer Greene and Pamela Faerber; and Don Price Johnston and
Jorge Isaias Diaz. They are represented by the law firm Carlton Fields
Jorden Burt, attorney Elizabeth F. Schwartz, attorney Mary B. Meeks and
the National Center for Lesbian Rights (NCLR).

I have emails out to two of the lawyers requesting certain additional details. I’ll update this post as I receive additional information.

Not surprisingly, John Stemberger of the rabidly anti-gay Florida Family Policy  Council has weighed in with the usual BS: 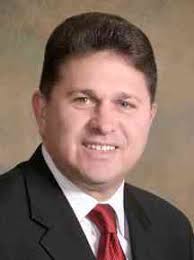 Sixty two percent of Floridians have decisively spoken on this issue.
Gay activists cannot win in the marketplace of ideas, so they have
resorted to trying to find renegade courts who have little respect for
the rule of law to create social change that would never happen through
the people or their elected representatives.

Today’s lawsuit is nothing more than a publicity stunt.  Filed in Miami,
it represents “forum shopping” in the most liberal legal venue in the
state. However, we are confident that Florida’s Attorney General Pam
Bondi will provide a vigorous defense of Florida’s long held law and in
doing so will expose the radical views and overreaching legal positions
set forth in today’s lawsuit.

That 62% that Stemberger is referring to is from the 2008 ballot initiative banning gay marriage. Aside from a dramatic shift over the past five years, civil rights are not subject to the whims of the electorate.