Al Mohler on the civil right to discriminate 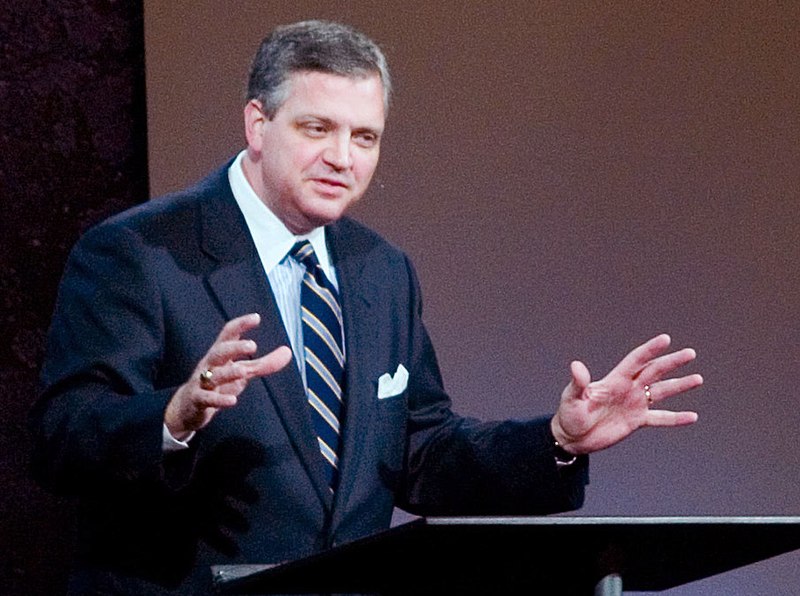 Al Mohler, president of the Southern Baptist Theological Seminary, has joined other right-wing Christians in calling for “freedom to discriminate” legislation. According to Mohler:

Several states are now considering legislation that would provide explicit protections to citizens whose consciences will not allow an endorsement of same-sex marriage. …

The cases are now piling up. A wedding photographer in New Mexico, cake bakers in Colorado and Oregon, and a florist in Washington State have all found themselves in this predicament. Each now faces the coercive power of the state. They are being told, in no uncertain terms, that they must participate in providing services for same-sex weddings or go out of business.

“What Mohler also fails to appreciate is that some of his fellow Christians are participating in a demolition derby. ”

Cases are not “piling up” as the overwhelming majority of our citizens have more sense than to discriminate against their fellow citizens. It’s the same few cases that we keep hearing about. Indeed, the case in New Mexico (now pending for cert at the Supreme Court) is of 2007 vintage.

I’m not going to re-quote the entire piece but Mohler seems to misunderstand what constitutes a public accommodation. He also disregards the fact that the florist, the baker and the photograph maker were clearly in violation of their state’s anti-discrimination law. Christians, not even ultra conservative Christians get to decide which laws they will, or will not, obey. It’s been a few years since we publicly stoned someone for working on the Sabbath.

Eventually Mohler gets to the crux of the matter — whether or not baking a cake is an affirmation or endorsement of something that one finds sinful:

Well Rev. Mohler, I feel perfectly safe driving my car at speeds approaching 100 miles per. I might be a hazard to dozens of other drivers but that’s not the point. It’s just about me and how I feel.

The problem with Mohler’s analysis is that he fails to take into consideration that fact that the baker’s actions adversely affect others. In this case the gay couples that get turned away. It’s not just that they can find another baker. Being told that “we don’t serve your kind here” is degrading.

What Mohler also fails to appreciate is that some of his fellow Christians are participating in a demolition derby. They want to be victims. Striving to be persecuted is a greater motivation than any conscientious objection over baking a cake for a same-sex wedding. Otherwise they would have simply told the couple their preference not to bake the cake instead of outright refusing the service. But that would deny them victimhood.

Most of these people also believe that Jews are destined for hell for not accepting Jesus Christ. Have they ever turned away any Jewish weddings? How about interfaith weddings? The reason for the selective observation is that they cannot get away with it with Jews. While there are twice as many gays as Jews, Jews have been at this a great deal longer. B’nai B’rith (which spawned the Anti-Defamation League) was founded in 1843. HRC got its start 137 years later. GLAAD got going in 1985. My sister was once an in-house attorney for ADL. When they called, people were terrified. We don’t have that kind of clout; At least not yet.

In 1954 the Reverend Doctor G.T. Gillespie, president emeritus of Belhaven College published (through the local White Citizens Council) a popular pamphlet titled “A Christian View on Segregation.” Therein, Gillespie asserts that racial separation is the way to support racial harmony. He says that Soviet Communists are behind the Civil Rights movement, because they want to break down the barriers between races so that racial amalgamation will occur. He contends that school integration will lead to intermarriage, and he cites Biblical and pseudoscientific reasons that segregation must continue. These sensibilities were quite common among some of Mohler’s predecessors.

In fact, by the mid-1960s, the legal status of segregation had been settled in America’s courts and political chambers. But segregation’s staunchest proponents continued to fight, insisting that integration was the leading edge of a social revolution bent on “overthrowing God’s established order.” In other words, we’ve seen this movie before.

In a civilized society, respect for the equality of others cannot be a personal decision based upon an individual’s belief system. America’s greatness is found in its diversity. We welcome, and benefit from, an infinite variety of beliefs. Over the past 60 years or so, equality has trumped just about everything else, and rightfully so.

One day, sexual orientation will be added to the 1964 Civil Rights bill. Until then we need to fight for every small measure of equality that we achieve. It is much easier for millionaire pastors to influence people to defend manufactured rights of Christians than it is for us to influence people to be amenable to equality for LGBT citizens. For some people, the Bible is authoritative. For many of the flock, one of their greatest fears is that their child might be gay and they are “not taking any chances.”

Nobody said that it would be easy. Yet somehow we are winning.