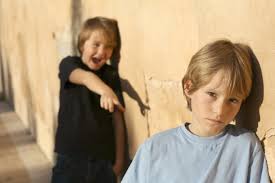 Eight-year-old Gabriel Taye was bullied into taking his own life. There is no indication that this had anything to do with the child’s sexuality but the concept is the same. The outcome is potentially the same. The lack of attention to the problem by school officials is the same. Apparently, the culture at the public school that Gabe attended included systemic student violence. In a complaint filed Monday, Gabe’s parents are suing the Cincinnati Board of Education, the Superintendent of Schools and the Principal of the School that Gabe attended.

Toward the end of the complaint, lawyers outline the connection between bullying and adolescent suicide. It is astonishing to me that more LGBT kids are not dead.

I am going to just quote some passages from the complaint. It’s very hard to read:

On January 26, 2017, eight-year-old Gabriel Taye (“Gabe”) tied his necktie to his bunk
bed and hung himself. He was a third-grade student at Carson Elementary School (“Carson”)
where he had been suffering from the aggressive, violent, and bullying behavior that was
widespread and permitted by Cincinnati Public Schools and Defendants. Two days earlier, a
fellow student attacked Gabe in a bathroom at Carson. Gabe collapsed on the bathroom floor and
lost consciousness almost immediately, spending more than seven minutes unconscious on the
floor while students repeatedly taunted and kicked him.

Gabe and the students who attacked
him knew they were on camera, yet they persisted in their vicious kicks and taunts.

It was obvious that Gabe had suffered a trauma and likely an assault. He was at obvious
risk of injury. Despite the obvious trauma Gabe experienced, Defendants recklessly and
deliberately withheld vital information from his mother, including that he had been assaulted,
lost consciousness for a considerable period of time, and was at risk of a serious head injury.
Defendants informed his mother only that Gabe had fainted in the boy’s restroom and had
recovered completely. Defendants’ concealment of the violence and harm to Gabe prevented his
mother from seeking appropriate treatment for trauma and potential medical injuries. Had she
known of the extreme violence at Carson, she would never have continued to send him to school
there.

Aggressive behavior, aggression, violence, bullying, intimidation, and harassment
(collectively referred herein as “aggressive behavior”) was common at Carson. Defendant school
officials not only knew that student-on-student aggression was rampant, especially in the
unsupervised bathrooms, but chose to cover it up rather than alert parents …

According to a teacher, Gabe was not known to his peers as a “cool kid” in third grade
because he was a good kid who wanted to be friends with people; he was smart, wanted to learn,
earned good grades, avoided fights and arguments, and loved to dress up for school, including
wearing neck ties. Gabe loved to learn and teach others what he was learning. His parents
instilled the importance of a good education in him.

Gabe remained unconscious, lying motionless on the bathroom floor for more than
seven minutes, while over a dozen students came in and out of the bathroom, pointing at him,
mocking him, and kicking him. The callous indifference of the student witnesses not involved in
the assault, who had knowledge of the video camera pointing directly at them, speaks to the
environment of tolerance of bullying and aggression at Carson. Other students ignored his
circumstance, indicating a tolerated environment in which there was an utter disregard for others.

Many studies have established a connection between bullying and suicide in young
people. The phenomenon is sometimes colloquially referred to as “bullycide.”

These studies have found that bullying is a significant contributor to suicidal ideation.

A review of cross-sectional and longitudinal findings showed that “there is an increased
risk of suicidal ideation and (or) suicide attempts associated with bullying behavior.”

As educators, Defendants are well aware of the link between bullying and suicide in
school children.

Much of the complaint deals with negligence, incompetence and cover-ups. School officials are alleged to have destroyed evidence. What a mess. A kid is dead the school’s interest is in covering their asses. It is infuriating. It is terribly, awfully sad!