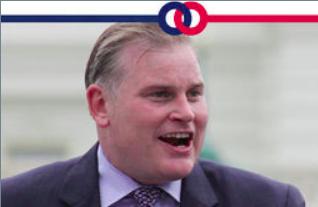 The self-righteous Brian S. Brown, on behalf of National Organization for Marriage, continues to be shameless in search of dollars. It has gotten to the point where Brown is a parody of the sanctimonious and greedy leader of a religious group. Tuesday, Brown wrote:

These people need to be smacked down. The Colorado Civil Rights Commission has, for the second time, targeted Christian baker Jack Phillips for refusing to abandon his faith to kow tow to the LGBT agenda. Help us fight back with a gift today that will be MATCHED by a generous donor.

What is NOM going to do with donated money that could possibly benefit Jack Phillips?

Then there is the hyperbole. Who writes this junk? Apparently, serving everyone in accordance with state law has some effect on Phillips’ free exercise of religion. Apparently, the dignity of LGBT people to be served free of discrimination is part of a nefarious conspiracy.

Brown claims that Phillips is a victim because he is being cited a second time. Why did Phillips not learn anything the first time around? The Supreme Court could not have been clearer. In Masterpiece Cakeshop v. Colorado the Court cited precedent for the fact that religion does not permit a public accommodation to discriminate in defiance of applicable law. The Court did not invalidate Colorado’s anti-discrimination law. The absence of nullification serves as affirmation.

Brown, with evil intent, knows that LGBT discrimination is still acceptable in some quarters. Were Phillips consistent he would refuse a bar mitzvah cake. After all, a bar mitzvah celebrates a 13-year-old boy being eligible to formally join the community of people who Phillips believes are destined to Hell for not accepting Jesus.

Suppose he declined to make a bar mitzvah cake. Would anyone with a clean shirt want to be associated with the bigoted baker? Why are LGBT people any different? Both minorities are disapproved of. What is it that makes LGBT people so special?

For his part, Mr. Brown is trying to capitalize on bigotry. It is spectacularly hypocritical for a person like that to demonize LGBT people.