Shame on a self-loathing faggot! 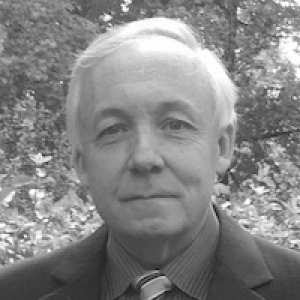 Doug Mainwaring was paraded around by National Organization for Marriage and Brian S. Brown as the “gay man who opposes gay marriage.” Mainwaring asserted this description of himself through at least 2015. The obvious assumption, which is certain truth, is that Mainwaring is still a gay man. Why then does he manifest such profound hate for gay people?

On Friday, Mr. Mainwaring claims to be extremely upset that construction has begun on a naval vessel named for Harvey Milk. The disparagement takes the form of Milk having been a pederast. Mainwaring smears Harvey Milk, not because Milk had some young boyfriends, but because Milk was gay and prominent.

Mainwaring attempts to drive the point home with this photo titled “Harvey Milk with a group of boys:
”

It is outrageous and dishonest. The intent is to portray Milk as a pedophile. There is no image credit and I cannot find it elsewhere. According to a reverse image search, a related search is Dianne Feinstein Family. Mr. Mainwaring must really hate himself.

The controversy surrounds Milk’s relationship with Jack Galen McKinley in 1964. According to Randy Schilts, McKinley was 16 at the time. Milk met him because McKinley was working in New York theater. Four years later, at 20, McKinley would direct the San Francisco production of Hair!. At the time the age of consent in New York was 14.

Creepy? Yes. But McKinley was a very mature 16-year-old and the relationship was legal. There is a double standard. No one refers to Elvis as a pedophile or pederast. Priscilla Beaulieu was only 14 years old when she met 24-year-old Elvis Presley. At the age of 40, Elvis dated Reeca Smith, then 15 years of age. There are scores of examples of male celebrities and their 16-year-old girlfriends.

Despite Milk’s reputation for sexual predation, he has been lionized by the media, by Hollywood, and multiple times by former Democrat President Barack Obama.

Harvey Milk and San Francisco Mayor George Moscone were assassinated by Dan White, a former police officer and former city supervisor, on Nov. 27, 1978. Although his homosexuality had nothing to [sic] with his murder, the implication that it did has led to Milk becoming a gay martyr, icon, and even a saint.

Whether or not Dan White’s inherent homophobia contributed to the assassinations of Milk and Moscone is unknown. With his term beginning in January, 1978, Harvey Milk became the first openly gay elected politician in the history of California.

Congressman Gerry Studds was not outed until 1983. Nationally, Elaine Noble was elected to the Massachusetts legislature in 1974. It would be 40 years after Harvey Milk’s death before the United States had an openly gay governor; Jared Polis of Colorado.

Harvey Milk was a pioneer, well ahead of his time. Milk remains the most famous gay politician in the history of the United States. His assassination cut short what would have been a very productive and honorable career which could have possibly led him to higher office.

Milk also had a close relationship with infamous cult leader Jim Jones, responsible for the forced suicides of more than 900 people in the infamous Jonestown massacre, just nine days before Milk’s death.

Every progressive San Francisco politician had a close relationship with Jim Jones. The People’s Temple had the ability to produce 2,000 people for work or attendance in San Francisco with only six hours notice. They could provide many thousands of people to canvas the streets on behalf of politicians.

Though Milk served in the Navy during the Korean War as a diving officer on a submarine and his family had a Naval background, he publicly opposed the Vietnam War. Other than his brief political career and gay rights advocacy, Milk held no other positions in public office.

Many — many — veterans and patriots opposed the war in Vietnam. Harvey Milk is an iconic hero to the LGBTQ community.

The State of the Frog and Guest Comments Are History

Why Are Some Ultra-Religious People Reliant On COVID-19 Crackpots?

The State of the Frog and Guest Comments Are History

Why Are Some Ultra-Religious People Reliant On COVID-19 Crackpots?